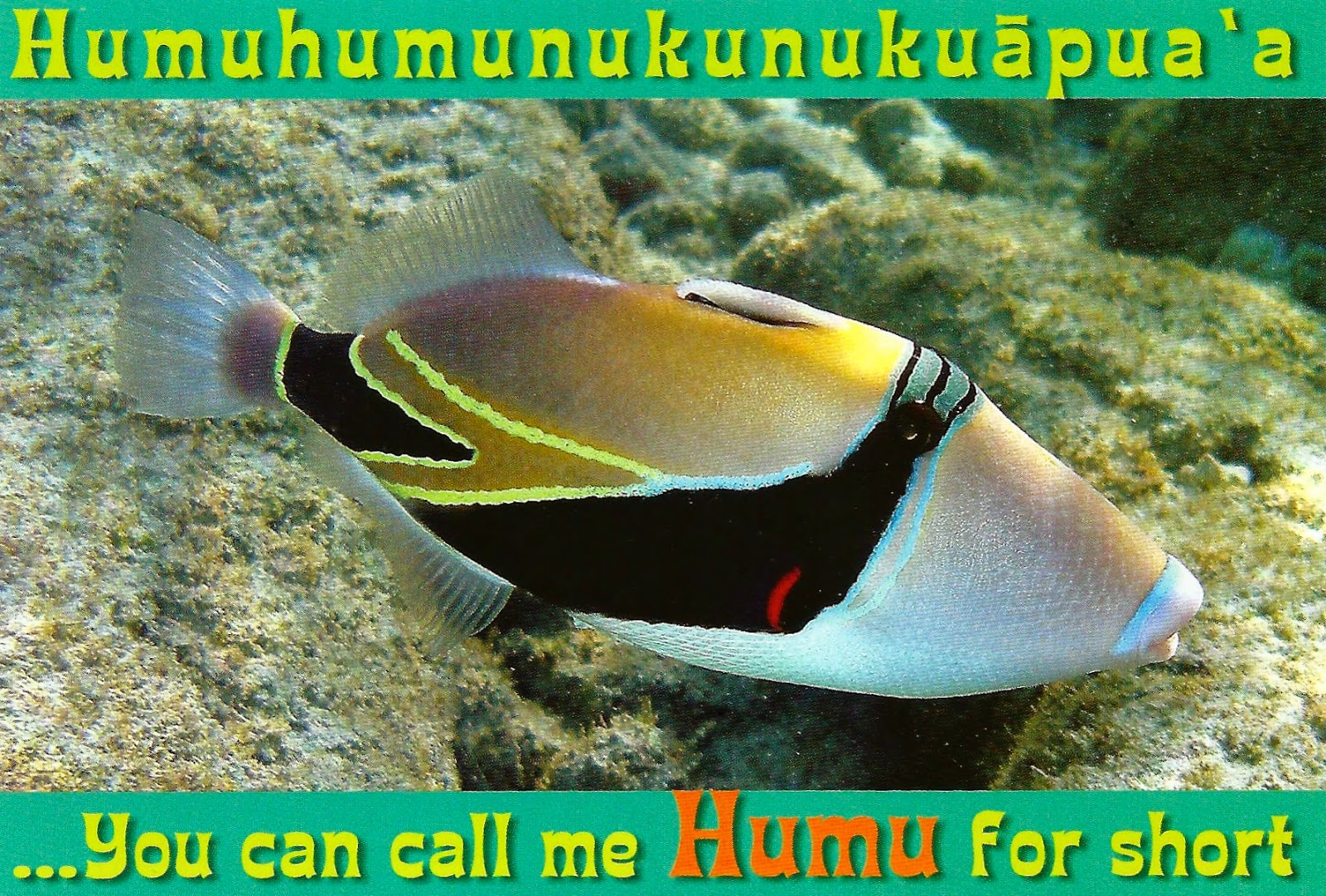 Humuhumunukunukuapua'a
... You can call me Humu for short

Hawai'i's State Fish
Humuhumunukunukuapua'a (Rhinecanthus rectangulus) is also known as a Picasso Triggerfish for the geometric markings on its body.
Photo by Larry Winnik
2012

This triggerfish, also known by its Hawaiian name, humuhumunukunukuāpuaʻa  meaning "triggerfish with a snout like a pig" is one of several species of triggerfish.  It is often asserted that the Hawaiian name is one of the longest words in the Hawaiian language and that "the name is longer than the fish."
Posted by Postcard Blogger at 12:58 PM

Email ThisBlogThis!Share to TwitterShare to FacebookShare to Pinterest
Labels: Fish